Why Is There Still Such a Large Pay Gap in the United States? By Dan Atkerson on June 28, 2017 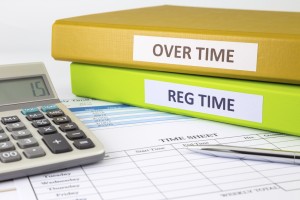 The wage gap between men and women in this country has historical implications, and despite many years of equal rights efforts, women are still paid significantly less than men. Furthermore, minority women, specifically black and Hispanic women, make the lowest wages in the country.

A 2016 study conducted by the National Partnership for Women and Families, found that black women in North Carolina make 64 cents to every dollar a white male makes. These pay issues are often systemic, and may not be known by the women being payed unfairly for a long time. In every industry across the country, a woman in the same job as a man with the same qualifications is being paid less. In many cases, this is against the law.

When Is a Pay Gap Illegal?

The Equal Employment Opportunity Commission has several laws that protect employees from pay discrimination, such as the Equal Pay Act of 1963. When workers are not being paid enough, it causes problems for the employer and society as a whole. Your employer must follow wage laws, and if you have noticed a culture of repressed wages for women and minority workers, contacting a Dallas wage discrimination attorney can help strengthen your case. Many companies do not attempt to correct pay gap issues until employees speak out and file complaints.