5 Warning Signs of Harassment in the Workplace By Dan Atkerson on June 05, 2017 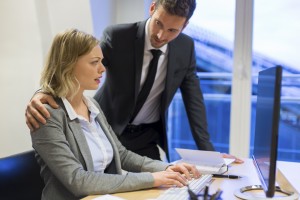 Harassment in the workplace is a serious issue that makes many employees dread going to work every day. It can be difficult to recognize where the line is drawn between joking and illegal hurtful actions. Many people don’t want to speak out because they are worried about losing their jobs. However, workplace harassment is illegal, whether it is sexual harassment, racial discrimination, or discrimination against any person based on a protected class.

If you believe you are being harassed at work, do not hesitate to speak up. Report the incident to your employer and consult a Dallas employment lawyer.