Your employer has no right to punish you for speaking up about workplace violations such as harassment or unsafe working conditions.

However, proving retaliation can be hard alone. An employment lawyer can protect your rights, investigate your case, and pursue damages.

Learn how the Law Offices of Dan A. Atkerson, serving Plano, Frisco, and Allen, TX, fights for victims of workplace retaliation...

Why Hire the Law Offices of Dan A. Atkerson?

When facing discrimination, harassment, or retaliation in the workplace, it can be difficult to know where to turn to for help. If you are considering a lawyer to take your case, it is important to choose a law firm that regularly advocates for the rights of workers who have suffered harassment and have been retaliated against.

Lawyer Dan A. Atkerson believes in protecting worker's rights and handles a large volume of employment law cases every year. Reasons to choose the Law Offices of Dan A. Atkerson in Allen, TX, for your workplace retaliation case include: 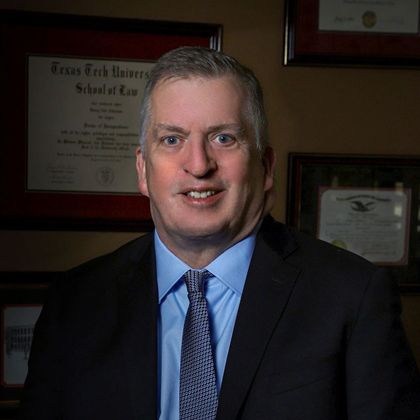 Since 1984, attorney Dan A. Atkerson has fought to protect the rights of workers in Texas. Over the past four decades, he has handled cases of sexual harassment, discrimination, and other workplace disputes. Mr. Atkerson founded his private law firm in 2001 so that he could focus on providing clients facing workplace issues the quality legal counsel they deserve. 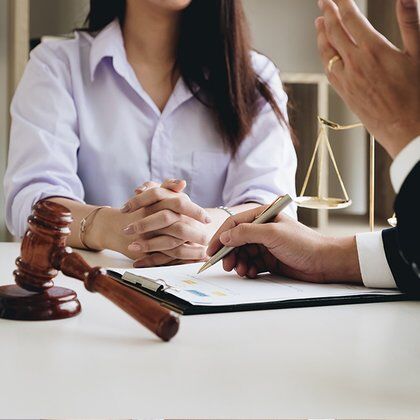 Not every law firm is qualified to take on workplace retaliation cases. With a range of practice areas focused on protecting working Texans, attorney Dan A. Atkerson is prepared to stand up to your employer. If you or a loved one have been retaliated against following reporting some kind of wrongdoing in the workplace, our law firm can protect your rights and help you achieve justice. 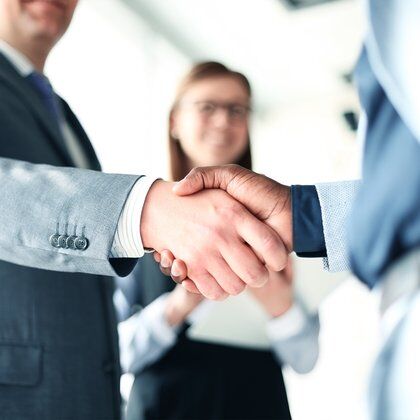 A History of Success

Employment lawyer Dan A. Atkerson can help you prove that you have been retaliated against in order to collect the damages you deserve. During his career, Mr. Atkerson has helped workers in similar situations. He has held employers accountable for their actions and has recovered $150,000 in settlements on behalf of clients who have spoken up against retaliation.

It is unlawful for an employer to retaliate and terminate an employee because they engaged in some sort of protected activity under the law. If you feel like you have no one in your corner during this difficult time, we can help. The Law Offices of Dan A. Atkerson can identify whether you have a legal cause of action that could be asserted against your employer for termination of employment.
Watch More Videos

Do You Have a Workplace Retaliation Case? Schedule a Free Consultation Today

The Law Offices of Dan A. Atkerson provides clients in Plano and Frisco free consultations for all of our practice areas, including workplace retaliation from our offices in Allen, TX. This allows those who have been the victims of discrimination, sexual harassment, and wrongful termination the opportunity to speak to an employment lawyer to learn how our law firm can provide you with compassionate counsel.

During a free, no-obligation case review, attorney Dan A. Atkerson will review your retaliation claim and answer any questions you have about the process of holding your employer accountable for their actions. Should you decide to move forward with our employment law firm, you don't have to worry about fees until we successfully reach a settlement as Dan A. Atkerson works on a contingency basis.

To schedule your free consultation at the Law Offices of Dan A. Atkerson in Allen, TX, please fill out the form below:

I reached out to Dan Atkerson several months ago completely unsure if he would be able to assist me with my case. I will say that he really was determined to see this through an applied his knowledge and the pressure necessary to arrive at a settlement that was suitable for all. Thanks again Dan!

Dan is professional, knowledgeable, and trustworthy. I especially liked that his practice is small enough where I dealt directly with him, as apposed to dealing with an assistant, with the concern that they may not be as familiar with the details of the case. Dan stood by me, had my back, and stayed the course which was settled in my favor. I hope to never need an attorney again, but I would not hesitate hiring Dan and highly recommend him!

What Counts as Workplace Retaliation?

Any type of adverse employment action that affects the terms and conditions of an employment contract might be considered workplace retaliation. An employer in Allen, Plano, or Frisco, TX, that takes negative action against a worker for reporting violations such as discrimination or harassment can face a retaliation claim under Texas employment law.

Retaliation can take many forms, including:

If you believe that you or a loved one have been the victim of retaliation at work, attorney Dan A. Atkerson can help you determine if you have a viable claim. Unique among lawyers in the state of Texas, the practice areas of the Law Offices of Dan A. Atkerson focus solely on employment law.

Dan was able to represent me professionally and execute on all of the promises he made. He is a exceptional lawyer and an even better person.

Outstanding Attorney / Person Dan is very efficient, accessible in real time and works very hard to get the desired results which he did in my case. He is very empathetic and looks from client’s perspective at all times. I felt more than an attorney, he connects to you as an individual who is trying to get the justice for you. I strongly recommend Dan to anyone who is looking to get their legal needs met.

The Civil Rights Act Protecting the Rights of Workers

Since then, employment law has expanded thanks to legislation including: the Fair Labor Standards Act, Texas Health & Safety Code, Whistleblower Act, Sarbanes-Oxley Act, Age Discrimination in Employment Act, Equal Pay Act, and the Americans with Disabilities Act. With so many legal protections available to workers, hiring a lawyer to take action in the wake of retaliation can make all the difference in your claim.

What To Do If You Have Suffered Retaliation at Work

If you feel you have suffered or witnessed disparate treatment, harassment, or discrimination at work, the first step is to make a report with human resources. It is possible that your human resources department will decide no violation has taken place. Your employer may also retaliate due to your complaint.

Contact a qualified attorney. Your human resources department will investigate your claims, but you can bolster your claims of retaliation or harassment by having an attorney like Dan A. Atkerson on your side. He will gather the evidence and documentation needed in order to pursue justice on your behalf.

The next step is crucial for the success of your claim. You need to file a charge with the Employment Opportunity Commission (EEOC). This step is mandatory in order to file a retaliation lawsuit in court. As your lawyer, Dan A. Atkerson can help you with the process of filing a complaint with the EEOC.

Ready to Get Started? Contact The Law Offices of Dan A. Atkerson Today

Our workplace retaliation lawyer, Dan A. Atkerson, can investigate your case and provide legal services that protect your rights as a worker. Our law firm works on a contingency fee basis, which means you are not required to pay anything out of pocket unless we are successful in achieving a favorable outcome to your case. Our employment attorney only collects a fee when we are able to achieve a settlement or jury award on your behalf.

To schedule an appointment at our Allen, TX, law office serving the needs of Plano and Frisco, contact us online or call us today at: 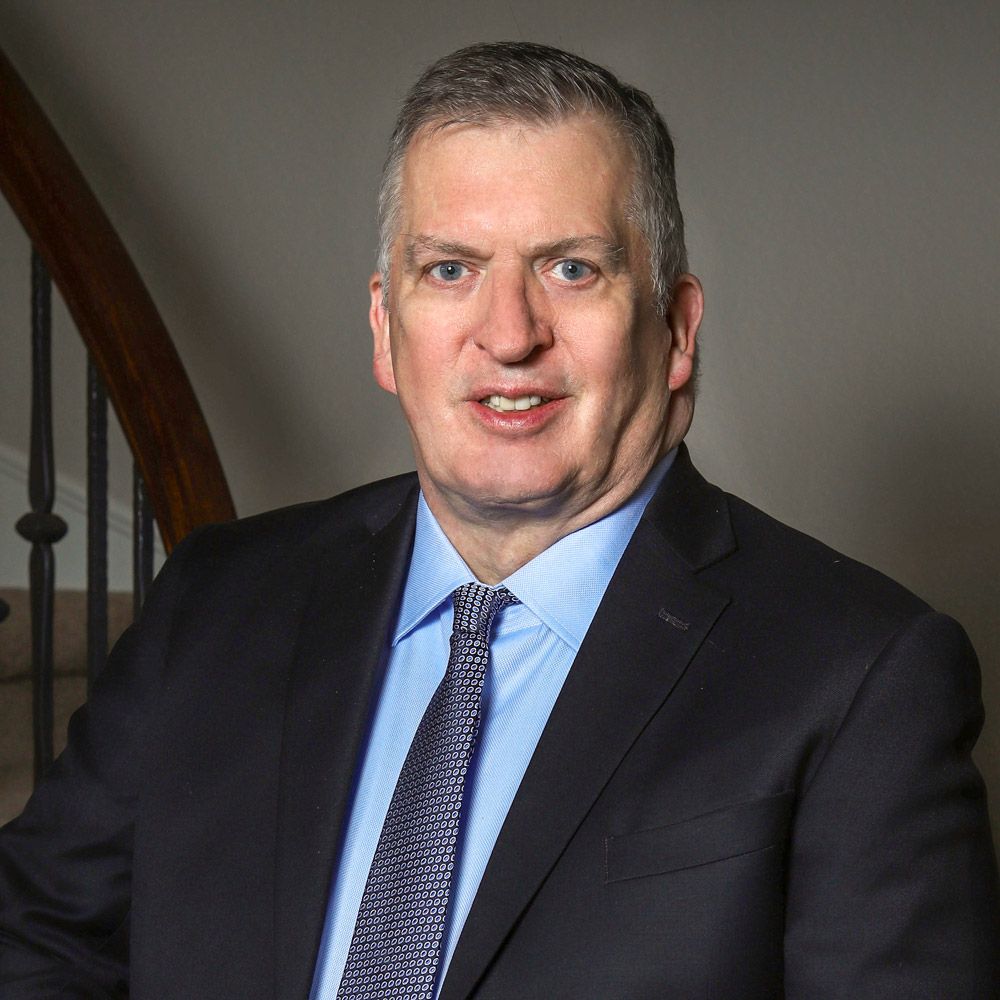 Dan A. Atkerson Fights for the Rights of Workers "Without Dan’s Help I Would Have Not Ended up with an Excellent Result. "

Outstanding Attorney / Person Dan is very efficient, accessible in real time and works very hard to get the desired results which he did in my case. He is very empathetic and looks from client’s perspective at all times. I felt more than an attorney, he connects to you as an individual who is trying to get the justice for you. I strongly recommend Dan to anyone who is looking to get their legal needs met.

I was recently represented by Attorney Dan Atkerson for a sensitive case. I wanted to take the time to share my experience I had while working with Dan on my case as I was incredibly happy to have worked with him. Dan was truly knowledgeable, brought a high level of experience and providing me with all of the options I had throughout the duration of the case. As you can imagine, it is difficult to go through a process like this. Having an Attorney that answers your questions timely and honestly with a great deal of patience and experience is both valuable and comforting. I am very grateful to have chosen Dan. Without Dan’s help I would have not ended up with an excellent result. Working with Dan was the right choice and I want to say thank you Dan for his work! I would strongly recommend to anyone that has a case highly consider working with Dan Atkerson.

The Importance of Documentation Evidence to Help Your Attorney Achieve Justice

Keep Records of the Incidents

Make a copy of the report made to HR regarding the incident that constitutes a violation. This can include sexual harassment, discrimination, or unsafe working conditions. You should also keep copies of all communication regarding the investigation. This information will be incredibly helpful to your lawyer when building your case.

Collect Documentation of Your Work History and Performance Record

More often than not, your employer will claim the treatment in question is disciplinary in nature due to poor work performance or absenteeism. Hang on to all of your year-end reviews, congratulatory emails from your boss, and your attendance history.

Am I Entitled to Compensation Due to Retaliation?

In nearly every case of workplace retaliation, the plaintiff pursues financial compensation. In order to do so, the harm you have suffered must be directly related to the actions of your boss or company and must also be the result of having exercised a valid legal right. Everyone is entitled to a safe work environment, free from sexual harassment and discrimination, and also free from retaliation in response to seeking a safe space to work.

To prove that you are entitled to financial compensation, you will need to show that you have suffered financial losses due to an act of retaliation. This can be accomplished by demonstrating:

Your salary has subsequently decreased.

You were denied bonus pay that you earned.

You were fired and no longer receive wages.

If you suffered wrongful termination or demotion after reporting wrongdoing in the workplace, it is likely that your employer's actions were retaliatory in nature. The Law Offices of Dan A. Atkerson can help you hold your employer accountable if you have been punished for whistleblowing.