Fighting for LGBT Rights Protection In The Workplace 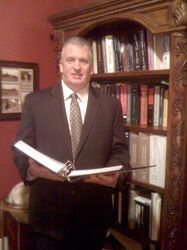 Employment discrimination based on perceived or actual sexual orientation or gender identity is unlawful. However, Texas and federal discrimination laws protecting gay, lesbian, bisexual and transgender people from workplace discrimination are not always clear. But, what is clear is that all Texas employees have rights. Allen lawyer Dan A. Atkerson has practiced law for more than 36 years. A significant portion of his legal career has been handling Texas employment law claims for discrimination. He has experience fighting for hundreds of North Texas employees who were unlawfully discriminated against. Many of these were due to a violation of LGBT rights protection in the workplace.

If you have experienced discrimination against your sexual orientation, gender identity, or sexuality in the workplace, then reach out to us for a free attorney consultation. You do not have to suffer harassment at work.

With the help of Mr. Atkerson, a client who faced gender discrimination received $60,0000.

Title VII of the Civil Rights Act of 1964 protects employees from workplace discrimination based on:

While there is no explicit category for sexual orientation, the law may be evolving.

Mr. Atkerson has experience fighting for hundreds of North Texas employees who were unlawfully discriminated against.

Some discrimination laws do protect against employment discrimination based on sexual orientation. However, these are only for federal government workers and they do not apply to private sector employees. But, gay, lesbian, bisexual and transgendered workers may still have other options for legal protections against unlawful sexual harassment, regardless of whether the perpetrator or victim is a man or a woman.

You Are Not Alone

Dan Atkerson is an advocate for those in need. He enters peoples lives when they are at their lowest, and his unwavering dedication gives you the confidence that you are not alone.  Forrest S.

Discrimination at work can also create a hostile work environment from defamation and intentional infliction of emotional distress caused by sexual orientation discrimination.

Hopefully, these legal protections will one day benefit private sector employees as well.

Were you the victim of sexual orientation or gender identity discrimination at work in North Dallas? You still have rights that our Texas employment lawyer can help protect. Call us now to set up that free consultation at (214)383-3606.